An 11-year old dream came true today. The Awakening, my first novel, and Desteptarea, its Romanian translation, are both available for purchase as paperback and e-book. Hardback to come.

This book would not have been possible without the support and encouragement of my wife, Cristina, who was my first reader and critic.

Thanks to my friend, Nicholas Rossman, who encouraged me to put my ideas on paper.

Also thanks to my sister, Anca Elena Cristea, who helped me translate and edit this book in Romanian.

Finally, thanks to my parents, Niculae and Niculina Ionita, who always encouraged me to read and dream.

Thanks to my translators from English, Madalina Carp and Gabriel Essi.

Thanks to Dino Buljubasic who designed an amazing-looking cover.

Thanks to my daughter, Anna Sophie Ionita, whose painting inspired the cover illustration. Thanks also to the talented designers who worked to finalize the illustration: Otilia Andrei, Ioana Cecalasan, and Dino Buljubasic.

Please email me at gabriel.ionita@thelibrary.xyz if you want to receive a free digital copy of the novel.

Please help me by reviewing the novels on Amazon. 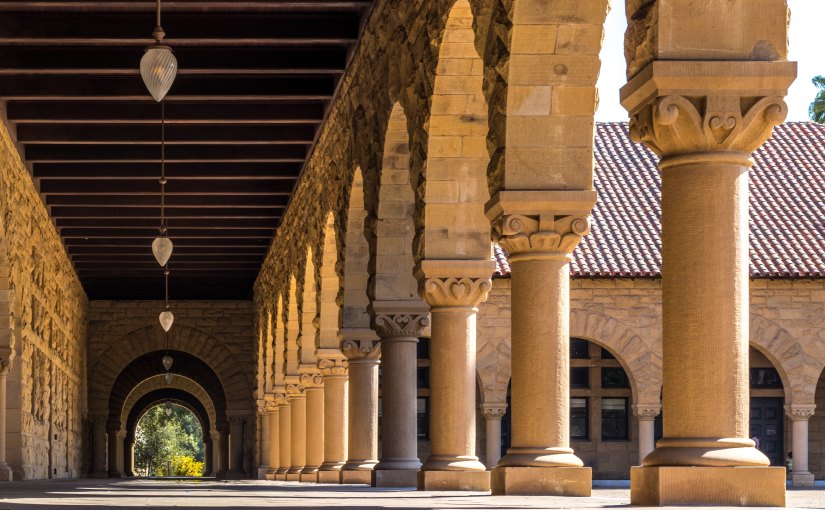 I love Stanford. Ever since I first set foot on the campus and felt the overall youthful and energetic vibe, I fell in love. So in love that I was determined to continue my post-graduate studies there. Of course, this lasted until I checked the price of their PhD program. After that, I settled for their classes offered by the Continuing Studies School.

One of these classes was Leadership and Decision-Making (BUS 53), with Professor John Steinhart, a class that I highly recommend. One of the final assignments was to think of three leaders that influenced me over my career and to explain why they were such a model for me.

I was blessed (#blessed :-)) to work with a few exceptional leaders in Canada, in Romania, and in US, so I had no trouble settling for my first two choices.

The first was Ezana Raswork, the Marketing Director for Microcell Solutions in Montreal, Canada. He was the first manager that I saw exhibiting clear leadership skills. He was always calm, never raising his voice (a hard one for me to emulate…) and always listening to everybody’s opinion. He managed to make his employees feel empowered. Everybody was responsible for their product, and he just guided us when needed, but never forced us to do as he said. In meetings he listened more than talked (my grandmother used to say “buying more than selling”). I see this as a great trait, one that I try to emulate in my professional life.

He taught me an important lesson in humility. I asked him once for a promotion that I thought I deserved at the time. He did not agree, and I was upset for a while. Of course he was right, and I see that now. He told me at the time that the journey is more important than the destination. I did not understand what he meant then, but later in my career I have said the same thing to a couple of my direct reports, young, smart, and impatient.

My second choice was Panos Makris, the CCO of Cosmote RMT in Bucharest, Romania. He was brought at a difficult moment for the company, and he managed to make his mark right from the get-go. I was not reporting to him at the time, and although he could have chosen not to work directly with me, he trusted me from day one. He was always calm in meetings, asking pertinent questions and giving advice when needed. He was a fast learner – he came from FMCG but was able to learn telecom fairly quickly and was able to apply his knowledge on retail to improve our telecom organization. As opposed to Ezana, who was more serious and more business-like, Panos had a humorous side – he was able to find funny things to say during high-pressure periods, and I liked that, because I like to do the same.

It took me almost no time to settle on my first two choices of leaders with significant impact on my career, but I was stuck looking for a third. I could have chosen to talk about Melanie Vallee, my first manager at Microcell, an amazing professional with a heart of gold; about Tamara McKee, my direct manager at Rogers, who taught me that saying “no” to your manager is absolutely okay; about Andreea Stanescu, my director at Vodafone, who showed me how to navigate the murky waters of Romanian multinational corporations; or about my current manager, Thomas Kicker, a brilliant analytical mind who helped me apply structure to my day-to-day job.

However, the more I thought about it, the more I realized that there was a manager who had an even larger influence on me – perhaps the largest. I am referring here to the worst manager I ever had. This person (let’s call him/her LFA – you will understand if I keep the name and gender anonymous) hired me for a job, then a few years down the road hired another person for the same job, basically demoting me, with no explanation whatsoever. S/he lied to his/her partners, hiding the business results from them and requesting higher payments. S/he did not appreciate challenges to his/her ideas. S/he “knew” s/he is the only one who is right, so any opinion against his/her ideas was a personal attack on him/her. S/he never gave positive feedback. S/he did not believe in collaboration and was a firm believer in competition and “win-lose” approach, and this translated in aggressive stances towards our external partners. S/he saw my collaborative approach and my desire to make things work well for everybody as weaknesses, publicly berating me for them.

The most important thing that I learned from this experience was that, as a leader, I needed to be doing everything differently than LFA. For most of my subsequent career as a leader, I have asked myself: “What would LFA do?” and I did exactly the opposite. That helped me become the manager and leader I am now, and although the years I worked with him/her have been extremely difficult, it seems I became stronger because of that.

Reporting into a bad manager is not the end of the world. You can still learn, get better, and grow. You need internal strength, trust in yourself and your capabilities, and a few friends in the office. And always remember – when you become a manager, don’t do to your employees what your bad manager did to you. Do the exact opposite, and you will be amazing.

I have to commute every day for more than 3 hours. Sometimes more, depending on the Bay Area traffic, almost as bad as the one in Bucharest. I’ve been doing it for almost two years now. Only me, the tunes from Sirius satellite radio, and the packed highway stretching in front of me.

It sounds crazy, but I learned to enjoy these hours. The South Bay and Santa Cruz Mountains are always beautiful. Most of the drivers around me are normal, relaxed people, so I’ve not witnessed any road rage incidents so far. And even more, I have a lot of time on my hands to think of my novels.

Writing a novel in one’s spare time is not easy. A writer needs to spend a lot of time thinking about how characters interact, how plots overlap, how ideas evolve from one another, and how everything ties up together. The long commute allows me to spend uninterrupted time thinking about all this.

Without this long drive every day, I am certain that I wouldn’t have been able to put much time into thinking about the plot and the characters, finding plot holes and deciding how the action will develop. To end up with a cliché, “When life gives you lemons, make lemonade”. Or, as we say in Romanian, “Tot răul e spre bine.”

Photo by Zac Ong on Unsplash 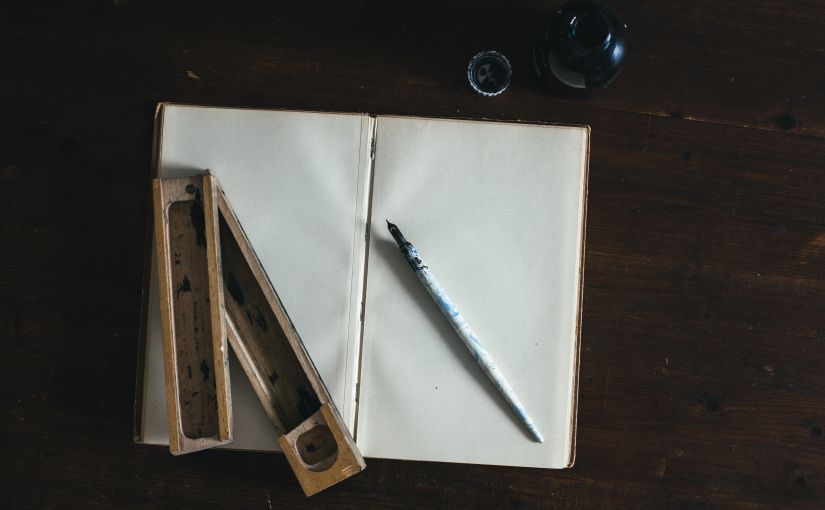 The scariest thing for me, as a wannabe writer, is the empty page. I know that every piece of writing needs to start with one, but when I think of that damn white page staring back at me, I feel this urgent desire to do anything else but writing.

What helps me to get past this fear is the first word, the one that I manage to write down eventually. This, and then the second one. These two will bring their friends, and without even realizing it, a few hours pass and I find myself looking at a page full of information.

What’s interesting is that I found this applies to almost everything we need to do in life. No matter how long is the road ahead, it will always start with a first step. And then another. We only need to find the strength to make that first one. The next ones will come.